Skip to Main Content
U of T ENGINEERING
Posted November 18th, 2020 by kimberly 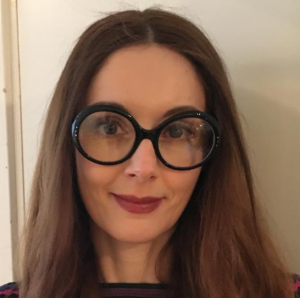 I will discuss the development and open problems in robot perception and interaction. The integral ability of any robot is to act in the environment, interact and collaborate with people and other robots. Interaction between the agents builds on the ability to engage in mutual prediction and signaling. The focus will be on physical interaction with objects and modelling of multisensory data.

Danica Kragic is a Professor at the School of Computer Science and Communication at the Royal Institute of Technology, KTH. She received MSc in Mechanical Engineering from the Technical University of Rijeka, Croatia in 1995 and PhD in Computer Science from KTH in 2001. She has been a visiting researcher at Columbia University, Johns Hopkins University and INRIA Rennes. She is the Director of the Centre for Autonomous Systems. Danica received the 2007 IEEE Robotics and Automation Society Early Academic Career Award. She is a member of the Royal Swedish Academy of Sciences, Royal Swedish Academy of Engineering Sciences and Young Academy of Sweden. She holds a Honorary Doctorate from the Lappeenranta University of Technology. She chaired IEEE RAS Technical Committee on Computer and Robot Vision and served as an IEEE RAS AdCom member. Her research is in the area of robotics, computer vision and machine learning. In 2012, she received an ERC Starting Grant. Her research is supported by the EU, Knut and Alice Wallenberg Foundation, Swedish Foundation for Strategic Research and Swedish Research Council. She is an IEEE Fellow.

Are you signed up for the Robotics mailing list? The  Zoom link to attend can be found there.