Skip to Main Content
U of T ENGINEERING
Posted December 3rd, 2020 by kimberly 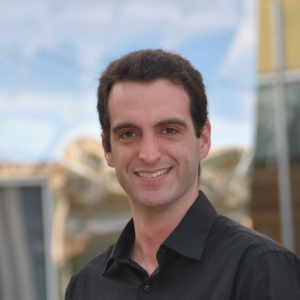 Abstract: Simultaneous localization and mapping (SLAM) is the problem of constructing a global model of an environment from local observations of it; this perceptual capability is essential for mobile robots, supporting such core functions as planning, navigation, and control. However, the SLAM problem is typically formalized as a high-dimensional nonconvex maximum likelihood estimation, with many local minima that can entrap the smooth optimization methods commonly applied to solve it. The result is that standard SLAM approaches can easily compute substantially wrong estimates, even if the problem to which they are applied is well-posed.

In this talk, we describe an algorithm that is capable of efficiently recovering certifiably globally optimal SLAM solutions in many practical settings.  Our approach is based upon a (convex) semidefinite relaxation of the SLAM problem whose minimizer we prove provides an exact (globally optimal) SLAM solution so long as the noise on the available measurements is not too large; moreover, whenever this situation obtains, it is possible to verify this fact a posteriori, thereby certifying the correctness of the recovered estimate.  We also exploit the geometric and algebraic structure of the SLAM relaxation to develop a specialized semidefinite optimization method for solving large-scale instances efficiently.  Our overall algorithm, SE-Sync, thus preserves the speed of prior techniques while enabling the recovery of certifiably optimal SLAM solutions in practice.

Bio: David M. Rosen is a postdoctoral associate in the Laboratory for Information and Decision Systems at the Massachusetts Institute of Technology.  His research addresses the design of practical provably robust methods for machine perception, using a combination of tools from optimization, geometry, algebra, and probabilistic inference.  He holds the degrees of BS in Mathematics from the California Institute of Technology (2008), MA in Mathematics from the University of Texas at Austin (2010), and ScD in Computer Science from the Massachusetts Institute of Technology (2016).  Prior to joining LIDS, he was a Research Scientist at Oculus Research (now Facebook Reality Labs) in Seattle.