Skip to Main Content
U of T ENGINEERING
Posted July 1st, 2020 by hsiegel 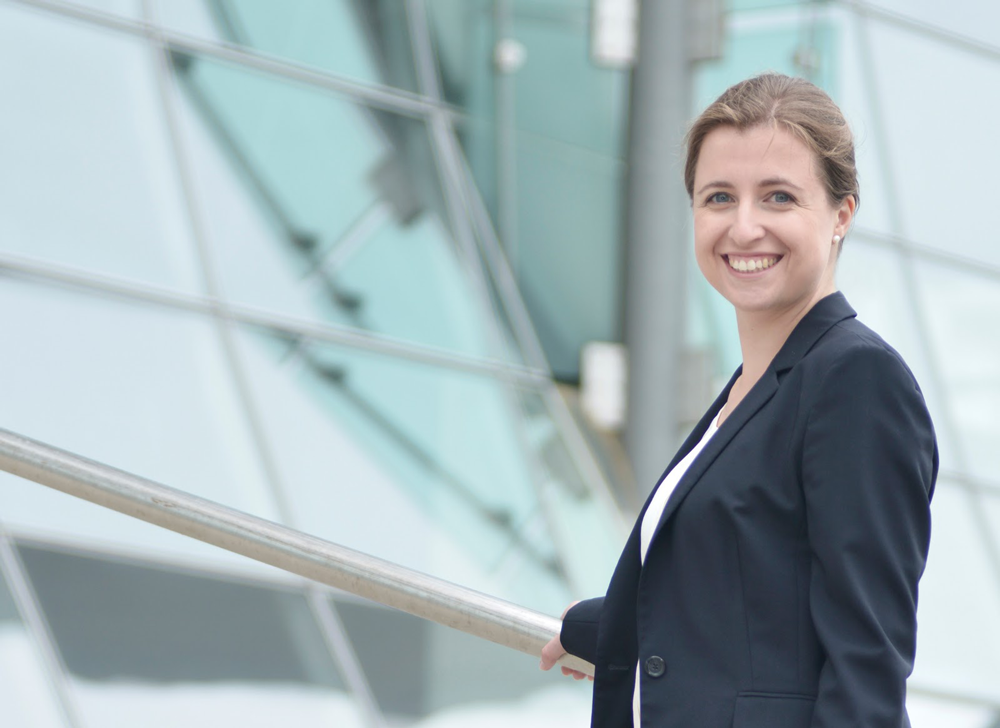 In recognition of her exemplary leadership uniting the University of Toronto’s robotics community, the UofT Robotics Institute is pleased to welcome Prof. Jessica Burgner-Kahrs as Associate Director, effective July 1, 2020.

“Jessica’s dedication to the Institute and to the university was apparent from the day she arrived on campus,” says Robotics Institute Director, Prof. Yu Sun. “There is no doubt our Executive Committee has benefitted from her momentum and leadership, and it is only fitting that she be recognized with this role. We are fortunate to have her.”

Prof. Burgner-Kahrs arrived at UofT in the spring of 2019 from her previous position at Leibniz University (Germany) to take up a faculty position as Associate Professor of Mathematical & Computational Sciences and establish the Continuum Robotics Laboratory where she conducts fundamental research on joint-less robots. She was also tasked with creating an anchor for robotics at the University of Toronto Mississauga Campus, where she was soon joined by robotics Profs. Florian Shkurti and Animesh Garg. Together they have formed the new robotics cluster at UTM. In addition to her teaching and research, Burgner-Kahrs is overseeing the planning of UTM’s Robotics Environment Laboratory (RLE), a new collaborative teaching and research space that is scheduled to open next year. She was also appointed as Associate Chair of Computer Science at UTM on July 1 this year.

“Jessica is a spectacular bridge-builder,” says Prof. Alexandra Gillespie, Vice-President and Principal of UTM. “We brought her to UTM with the express purpose of leveraging her leadership capabilities as we build out our new robotics research cluster and facilities. Her appointment as Associate Director at the Robotics Institute will further strengthen these efforts. This is welcome news.”

“Jessica’s appointment as Associate Director is an essential milestone in our organizational development,” says Robotics Institute Associate Director Prof. Tim Barfoot. “Historically, robotics at UofT had its roots within the Faculty of Engineering, but in practice it is a cross-cutting discipline that is deeply connected to the field of Computer Science. To achieve our curricular and collaborative research goals, it is crucial for us to have a computer scientist helping to lead the way. Fortunately for us, when (former) FASE Dean Christina Amon approved the creation of the Robotics Institute, she had the foresight to insist that its leadership be team-based and interdisciplinary. From a functional standpoint, this appointment allows us to embrace the interdisciplinarity that has been part of our DNA since the beginning.”

The Robotics Institute officially launched one year ago on July 1, 2019. Burgner-Kahrs joined the Institute’s Executive Committee shortly thereafter and has since helped to lead a number of important strategic activities to fuel the development of the Institute. In addition, she serves as Chair of the Robotics Institute’s Outreach Committee, where she is working alongside Prof. Eric Diller (MIE) and Jonathan Kelly (UTIAS) and Institute COO Hallie Siegel to develop a program that builds EDI awareness and leadership capacity among robotics students. Beyond committee work, Burgner-Kahrs is actively involved in collaborative research with robotics colleagues at St. George and UTIAS, including a recently funded XSeed project with Prof. Diller on developing continuum magnetic robots for minimally-invasive robotic surgery and industrial inspection applications.

“This kind of cross-pollination of ideas and research expertise is just what FASE was hoping to support when it launched the UofT Robotics Institute,” says Prof. Ramin Farnood, Vice-Dean of Research at the Faculty of Applied Science & Engineering. “Jessica’s appointment as Associate Director will serve the critical role of facilitating research collaboration and strategic planning between the UTM robotics cluster and its robotics counterparts on the St. George and UTIAS campuses, and across Faculties. A united UofT Robotics effort will no doubt enhance the university’s reputation with both industry partners and with international academic peers.”

“One of the key reasons I came to UofT was the administration’s commitment to building an internationally renowned centre for robotics research and teaching,” says Prof. Burgner-Kahrs. “When I arrived I was welcomed by a team spirit that made me certain that moving to Toronto was the right decision. It’s a privilege to be invited into this important role, and I am eager to bring my background in both computer science and engineering to serve the Robotics Institute’s cross-campus and cross-faculty mandate.”

The University of Toronto Robotics Institute is home to the largest and most diverse robotics research program in Canada. We unite, grow, and catalyze collaborations among the many exceptional robotics research clusters at the University and its partner organizations, and serve as the headquarters for robotics at UofT.

Jessica Burgner-Kahrs is Associate Professor of Mathematical & Computational Sciences with cross-appointments in Computer Science and Mechanical & Industrial Engineering and Director of the Continuum Robotics Laboratory at University of Toronto, Canada. From 2013 to 2019 she was with Leibniz University Hannover, Germany and from 2010 to 2012 with Vanderbilt University, USA. She received her Diploma and Ph.D. in Computer Science from Karlsruhe Institute of Technology (KIT), Germany in 2006 and 2010 respectively.

Her research focus lies on continuum robotics and in particular on their design, modeling, planning and control, as well as human-robot interaction. Her fundamental robotics research is driven by applications in minimally-invasive surgery and maintenance, repair, and operations. In 2015, her research was recognized with the Heinz Maier-Leibnitz Prize, the Lower Saxony Science Award in the category Young Researcher, and she was entitled Young Researcher of the Year 2015 in Germany. The Berlin-Brandenburg Academy of Sciences awarded her the Engineering Science Prize in 2016. She was elected as one of the Top 40 under 40 in the category Science and Society in 2015, 2016, and 2017 by the business magazine Capital. In 2019, Jessica was nominated as Young Global Leader by the World Economic Forum.